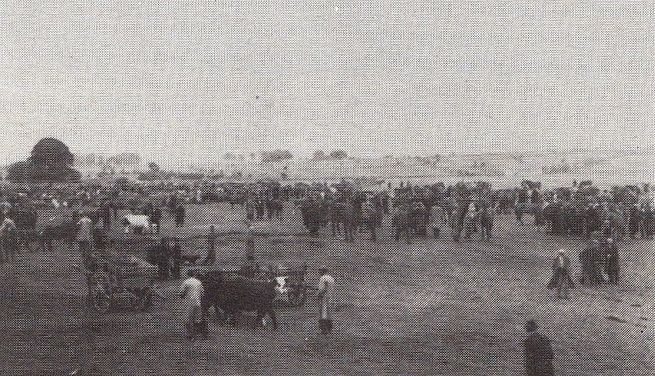 "Fair day in Turlough"
The Fair of Turloughmore was one of the most successful fairs in Ireland for over three centuries. It took place twice a year for at least two centuries on a 57 acre field, known as the Turloughmore Common, 13 miles North East of Galway City.

It was a major social and economic event in the farming calendar during that time. It was a microcosm of Irish life during the penal laws, the land wars, the fight for Irish Independence, two world wars, sovereign and economic independence  and the making of modern Ireland.

The fair attracted buyers and sellers of livestock, traders and hucksters, the general public, newspapers reporters, and the police to try and keep the peace. It is remembered locally for the buyers who travelled from far away as Offaly, Meath, Westmeath and Kilkenny. It provided valuable work for local drovers who subsequently walked the cattle to the Railway Station in Athenry for transport by train to graze greener pastures.up the country.

However, the fair was all too often overshadowed by the notorious faction fighting that occurred at various times. The most significant incident occurred in 1843 when the police opened fire on the factionists, resulting in a number of deaths. Its demise largely coincided with the development of the Livestock Marts in Tuam and Athenry during the 1960s. 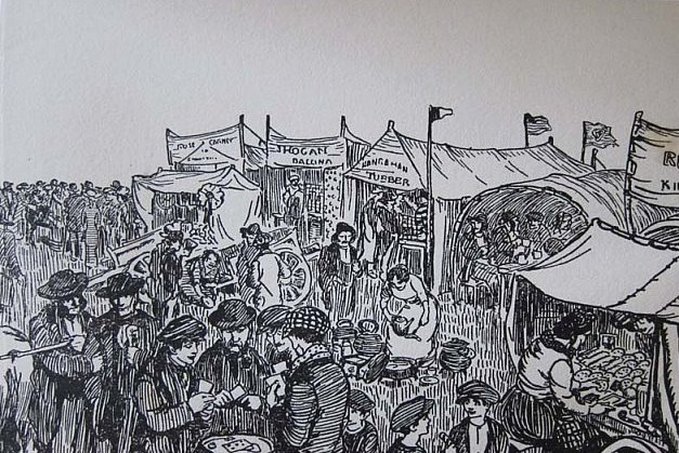 A Western Fair-Drawing by Jack Butler Yeats. This image is from his book "Life in the West of Ireland" published in 1912. 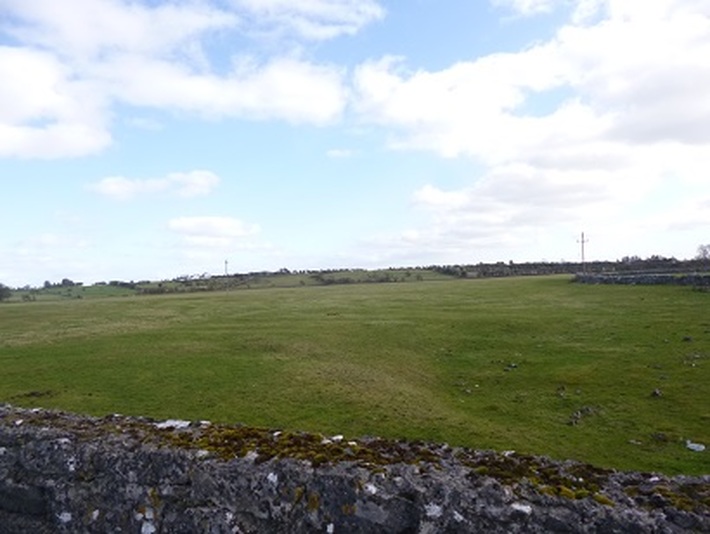 The origin of the Fair

King James I granted a patent for a fair to Sir John Burke of nearby DerryMcloughny on 6th August,1616. Fair days were held on 1 August and 18 September.

Thesis on the Fair of Turloughmore by Vincent Coen