The Carrick homestead was built sometime in the first half of the 1800s with the family later contributing to the educational needs of the children of the parish for over half a century. Stephen Carrick commenced teaching in Lackagh N.S. in 1856 on a salary of £14 per annum. Bridget Carrick, born c.1853 taught in Lackagh N.S. from 1871 until the early 1900s.

Bridget was the mother of Michael Carrick, born c.1881 who subsequently ran a small confectionary business from the cottage with his wife, also Bridget (nee Coen from Anbally). Bridget, who was predeceased by Michael in 1957, passed away in 1975. They had three children; Mary, Christina and Bridget.

​The people of the Parish through Rev. Fr. Michael Lyons P.P. purchased the cottage from the family in 1994. It is now run on their behalf by the Lackagh Museum and Community Development Association. 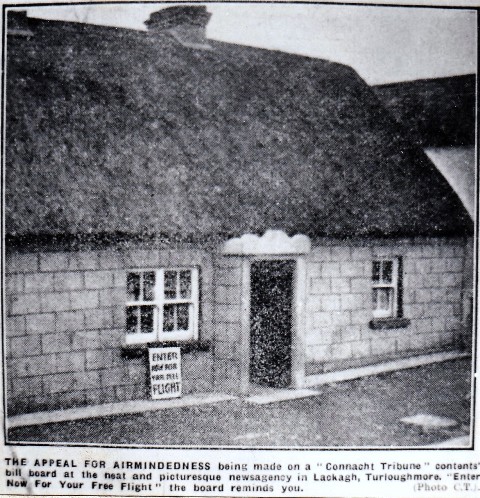