There are four National Schools in our Parish; Lackagh, Cregmore, Coolarne and Bawnmore. Each one has made a valuable contribution in educating the boys and girls who passed through their doors down through the years. 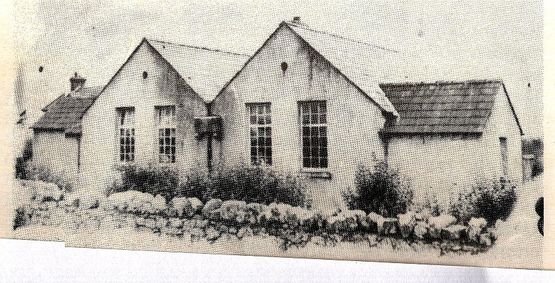 Lackagh N.S. built in 1886
Lackagh National School
The first reference to an educational establishment in the village is through local tradition which has it that in the early 1800's a Mr. Grimes held a school in the grounds of Carnoneen Castle, (no longer in existance), at the back of Lackagh Museum. Whilst the National Schools were first established in 1831, the earliest reference to an organised school system in Lackagh Parish is 1853 when the Rev. John McGough was entered as a clerical applicant for the  position of manager.

This building was located  beside Lackagh Church. In 1855, Peter St. Ledger married Charlotte Woods and both taught there at the premises. Peter's salary was £17 per annum and Catherine received £8. The attendance consisted of 59 males and 58 females yet the room dimensions were just 30' x 16'.

A number of teachers subsequently came and went, perhaps as a result of the cramped conditions. Nonetheless, members of the Carrick Family were to contribute to the educational needs of the children of the parish for the next half a century. Eventually, on the threat of closure by a visiting inspector, a new national school was built in 1886. The original building served as a school masters residence for many years before it was eventually acquired by its present owners, the Delaney family and has now been beautifully renovated.

The "new school" served the children of the area up until 1965 when the present school was built.
Click here to go to Lackagh N.S. website 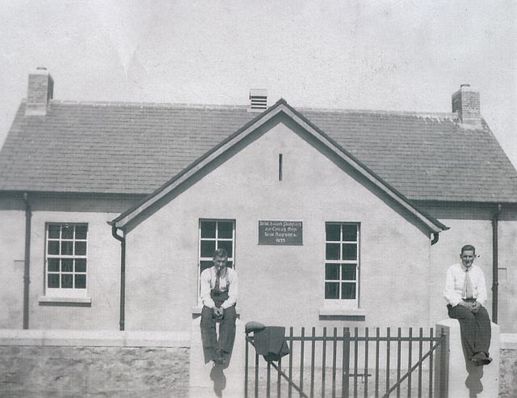 Cregmore National School
A hedge school catered for the educational needs of the children of Cregmore up until the middle of the nineteenth century.

A Mr. Murphy used to gather the children into a circle in the middle of an old house, charging them a penny each to teach them basic reading and writing skills.

Subsequently, the children of the area attended either Carnmore or Lackagh schools up until 1933 when a new school opened on 3rd July at Cregmore Cross. The Principal, Mr. Charlie Murphy and his assistant, Mrs. Dunleavey welcomed 108 pupils that first day. Their ages ranged from three and a half to fifteen years of age. The school was extended over the years since then until it finally made way for the present building in 1980.
Click here for Cregmore N.S. website 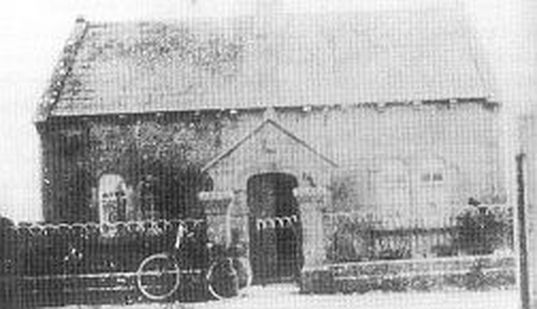 Bawnmore N.S. was established by Richard Kirwan of Bawnmore House on 5th February, 1863.

It consisted of a two storey residence and classroom. A separate boys and girls schools existed with the average number of children on its rolls being 59.

From 1st January, 1875, all grants to the boys school ceased as it was now amalgamed with the girls school. It served the eduactional needs of the area until the present school was buit in 1971.
Click here to go to Bawnmore N.S. website 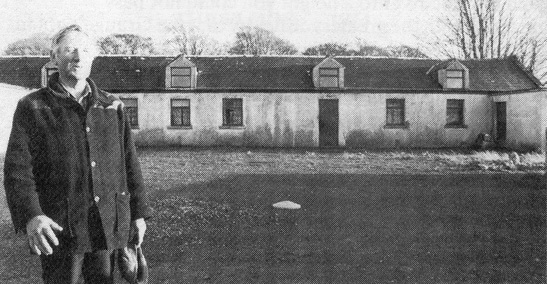 Michael Badger, first pupil on the rolls, 6th November, 1928, outside the old school in Coolarne.
Coolarne N.S.
This school was opened by the Sisters of Charity in a converted stables to the rear of their convent at Coolarne House which they had acquired from the Meldon Family.

The school authorities in Lackagh however were not impressed. They refused to allow the children from Coolarne attending Lackagh N.S. to transfer. Accordingly, only those children under the age of six and attending school for the first time were enrolled on 6th November, 1928. The Coolarne parents then refused to allow their children attend Lackagh and kept them at home. The impasse was soon resolved though and the local children started in Coolarne on 12th November.

This building served the primary educational needs of the area's children up until 1966 when the present school was built. It was converted into a hall in 1975.
Click here to go to Coolarne N.S. website

Young girls were educated in the art of home making and were also prepared to enter the nursing, teaching and catering professions.These were typcally one year courses and the girls boarded at the college. This school thrived for over forty years and was closed in 1969 for economic reasons. 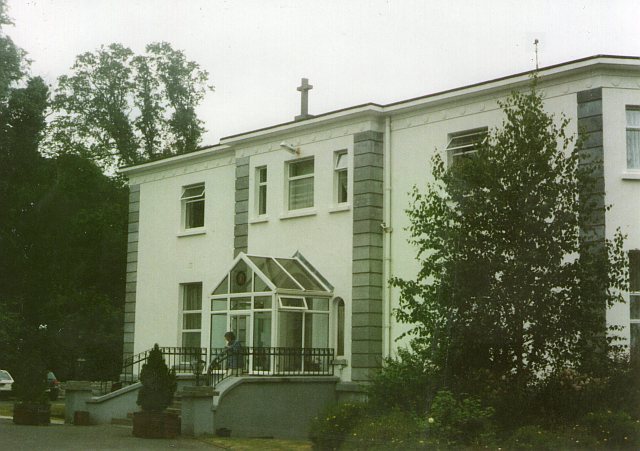 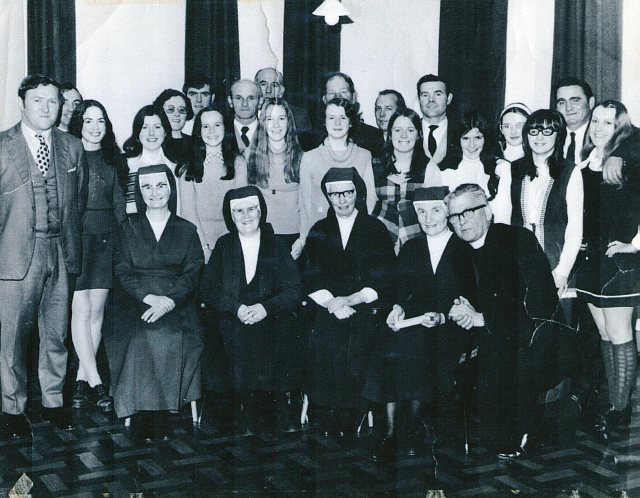 Photograph taken before the Daughters of Charity left Coolarne in 1974. Members of Coolarne Youth Club and Music Committee presented the proceeds of a farewll party to the nuns. The building was taken over by the Sacred Heart Fathers Moyne Park. (Photo donated by Nora Geraghty, Ballinvoher)
Lackagh Museum